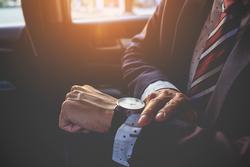 One of the reasons so many ministries become discouraged and too often fail is the inability to understand God’s timing.  Having lived for the Lord for over 25 years and served Him in ministry for over 20, I admit that there are very few times when God acts when I think He should.

In my own ministry, this has caused me much grief and discouragement. I’m an action person. When I see a job that needs to be done, I find a way to get it done before others even realize there was a need. It drives me nuts when I see other people drag their feet when there should be action in a needful situation. So waiting on God who does not operate in the same time zone as I do has been very hard. (CAN I GET A WITNESS?)

To fully understand the timing in which God operates, we must turn to the scripture. One translation of 2 Pet 3:9 says, “The Lord is not slow in keeping his promise, as some understand slowness. He is patient with you, not wanting anyone to perish but everyone come to repentance.” 2 Pet 3:9

When I read this scripture I have to admit that my mind wants to argue with the writer. In my carnal thinking, I feel that God is very slow in nearly everything that He does. My natural mind believes He is slow to punish the wicked. It thinks that He is slow in His return. It sees the suffering in the world and does not understand His absence of immediate help to the starving and sick.

However, the reading shows me that He is not slow in keeping his promise, “as some men understand slowness.” The real problem is not with God, but rather with me. I am “some men”. My understanding of when He should act is obviously not His understanding. You see, He sees this world and all that goes on in it from a completely different perspective than I do. My perception is from that of a carnal, mortal who’s understanding is limited. His is from that of being an eternal, Holy, all knowing God.

This reading lets me know that God and I share the same burden to see the lost saved, but that my understanding of slowness is inaccurate. I have for most of my life felt that things should happen almost immediately. However, as I have gotten older, I have learned that most often that is not even possible. I have had to learn patients. I have had to wait on people to change. I have had to learn to wait on circumstances to become so difficult for people that they are forced to change their thinking so change could come.

Peter 3:8 lets us know that with the Lord a thousand years is like a day. Evidently, time is not something God has to worry about. He does not make decisions based on the clock, calendar or length of men’s lives. He is not in a hurry. He is patient. Time is not a factor for Him. It is for me. It is for you. It is not for Him.

When I pray, I ask God to do things ASAP. I’ll say things like, “Lord, I need this bill paid by the first, can you help?” or “Father, we really want to be in the house we are building by the end of next year.”

Now understand, a God who sees no difference between a thousand years and a day is not going to be in a hurry to get my bill paid by the first of the month and neither is He going to be in a rush to get us into the house by the end of the year.

He does not operate within the elements of or for the purpose of time. He only operates within the confines and boundaries of a redemptive purpose. Peter 3:9 lets us know that his purpose is not timely, but redemptive. It only has to do with souls and spiritual maturity.

If we have a lesson to learn by waiting, then He makes us wait. If we will grow spiritually or mature in our faith by His delay, then He delays. It really has nothing at all to do with our immediate physical needs. It has everything to do with where we are at in the redemptive process.

Look at Moses. 40 Years in Pharaoh’s court and schools of higher learning. For what? So he can be a lonely Shepard for the next 40 years. Now I have to admit… at about the end of the first year in the desert watching sheep when I was trained to lead a nation, I would say, “God you messed up!” Moses was put into a position in that desert where he was forced to learn to wait on God to the point that he had to release all personal understanding of time.

Neither was God going to give them the promised land over night. Ex 23:28-29 tells us that He would not drive their enemies out in a single year, but rather little by little until they had increased enough to take the land.

The motive for God’s delay has nothing to do with purposeful impediment. He is simply waiting on our maturity level to rise to a place where we can then take the land (revival, finances, etc). If God were to give many of our churches a one thousand soul revival in a single year, we would lose most of those souls as few churches are genuinely prepared to handle that kind of immediate growth.

Three years ago I attended the General Conference of the church organization I am a part of. It was hosted in Toronto, Canada. On the last day of that conference a crusade service was held in which around 400 new converts were filled with the Holy Spirit speaking in tongues in a single service. (I have rejoiced over that service every time I think of it.) This last weekend I attended that same conference in another city and had the opportunity to speak to a friend who pastors one of the churches in Toronto. I asked him how many of the converts from the crusade in Toronto 3 years ago are still attending the churches there. He told me that the only people who are still attending any of the churches are people who had previous connections with the church or where the church has developed relationships with those new converts.

We want revival now. We want everyone to come to Truth today. So does God. But we are not waiting on Him. He is waiting on our congregations to mature to a level where they can do the work of evangelizing and then also be able to maintain the growth that God would give.

How many of the hundreds of people who received the Holy Spirit that night would still be a part of the church today, if we would have spent more time preparing the churches to maintain the growth that was coming, before it happened. I pray that the Lord would forgive us of our arrogance and ignorance in this area. How many souls will be aborted before we realize the absolute necessity of training the church to maintain growth and become spiritually mature?

Would God bless our evangelism efforts more if our level of maturity was to a height where we could actually keep those souls who would come in as a result of that miracle?

Many of us are big on telling the numbers of converts to our churches. We need to get big on the percentage of people we keep. That shows our true level of maturity as a church body. I hear few churches brag on their percentage of converts who are still with them after 5 years, but I hear a lot of churches bragging on the number of people who get saved in one service.

God’s timing is not about time. It is about the redemptive process. When we are ready for the growth, it will come. He does not delay. He is not late. He is waiting on us church. Let’s prepare Him an habitation.