The Enemy Of Great - A sermon thought for you... - Preachit.org

The Enemy Of Great – A sermon thought for you… 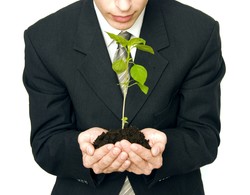 “Here is a message I have preached at several churches.  It’s one of those messages I wish I could preach everywhere I go.  I feel the message is more important than my preaching it, so I give it to you in the hopes that it may be of help to the congregation you minister to.  Feel free to use it as your church would best benefit.  Please forgive the personal references, I’m sure you have plenty of your own that you could insert in their place.”

“Good Is The Enemy Of Great.”

Like Lewis and Clark, it would be deeply satisfying for me to climb into a boat, and head West saying, “we don’t know what we’ll find when we get there, but we’ll be sure to let you know when we get back.”

I want to enjoy some things in the spirit realm too.

In his book Good to Great, Jim Collins states Good to Great companies do not focus on what to do to become great; they focus equally on what not to do and what to stop doing.

You see there are a few things we can stop doing that would bring us closer to having Great evangelistic moves instead of simply good moves.

See we got it all backwards.

See we don’t have Great church because we have been satisfied with good church.

To go from good to great requires transcending the curse of competence.

You say, there’s no way.

In his Book from Good to Great, Jim Collins said this,

I would put it this way however.

You see folks…Holiness is more than the clothing you wear or the places you go.

Holiness is our attitude and our spirit as well.

It’s time to move from having good church to having Great church!

Do you know who the most important person in this house is tonight?

Listen, the world is not going to get saved by sitting home on a Sunday night watching TV!

I am invited from time to time to speak to the leadership teams of churches.

Oh, don’t get me wrong, there are many people who truly know what this is all about.

What is it about our flesh that keeps causing our carnal ambitions to destroy our potential for the Kingdom?

I know a man who is a millionaire many times over.

I don’t know about you, but I want to have a right spirit.

I love it when people get healed.

Listen church, our only assets in the church are not the pews we sit on.

God deliver us from the spirit of Self Exultation.

I know this is not a Holy Ghost message.

I know this is not a Healing message.

Last Sunday night, I was preaching a message just like this.

They just moved into a beautiful little building,

Listen, if you think it’s impossible to win a Judge, you need to talk to Anthony Mangun.

I believe this congregation has a potential for exponential growth.

I believe this church and this doctrine is exactly what this community needs.

I don’t think our pastor would mind one bit if we had an extra 2-3 hundred people here next Sunday night.

You’ve got to know that there are at least 500 people in this part of this county that the Lord would want to fill with the Holy Ghost.

Invitation to come to front as a congregation to pray earnestly for their city and to become a Great Church.