I Reap Where I Sow Not - Preachit.org

I Reap Where I Sow Not 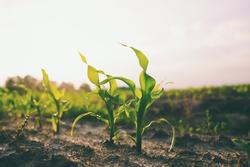 (14) For the kingdom of heaven is as a man travelling into a far country, who called his own servants, and delivered unto them his goods.

Here we have one of the most improperly quoted scriptures in the Bible. In fact, of the 24 years I have been in the church and of the 3700 or so messages I have either preached or heard preached in those 24 years I have heard this verse of scripture referred to many times, but never in the context in which our Lord intended it to be quoted.

Nearly every time I heard this scripture recited, it was in a message in which the speaker was trying to inspire the saints of the church to become soul winners or to work harder for the kingdom. However, the parable of the servants and the talents was never intended as a message to the saints, but it was a message from our Lord to the Pastors/Leaders of the churches. And a warning of the consequences of burying the potential that is in the people whom our Lord would place within our grasp and ministry.

Jesus’ example to us is incredible. He was a man who believed in people who at their very worst. He saw potential in people whom other men would easily write off as reprobate or unteachable. He went after the proverbial lost coin of society and placed on their shoulder, the kingdom of God. There is no better example than the fisherman named Simon whom the Lord knew to be a rough character. Yet our Lord says to Simon, “I will make you a fisher of men”.

Notice in verse 15, our Lord disperses people/talents to the servants/Pastors according to their several ability. He does not give according to a man’s desire to see his church grow. He places within the church the number of and the quality of people according to the Pastor’s ability to keep and cause increase of those goods. We would want to force God’s hand in church growth.

We would want to blame those people/goods for the lack of growth. The slothful/lazy servant buried the talent his Lord had place in his care and he actually thought he would receive a reward for it. After all, he didn’t lose any body, it just didn’t grow. The church kept the same numbers… It didn’t decrease… It didn’t fold up… Same old people… Nobody left… And yet that servant thought he was being faithful with the Lord’s goods.

When I Pastored that young church in Chesterton, I would get so frustrated with the people the Lord had given me. I would say, “If God would just give me something to work with here.” What I did not realize was that he does not give us the advantage. He does not stack the deck in our favor. He only gives us potential. He places in our care people who are not perfect and will never have potential unless we work with them. He gives us people with the potential of becoming a Peter, yet they are currently a Simon.

Once I realized the Lord was requiring me to invest in the people he had already given me, I then turned my focus on enabling them instead of lording over them. As a result, one of the men of that church is now doing a fantastic job of Pastoring that congregation. Had I sat on him and never expected him to rise to the occasion, he may never have, but I offered to him my confidence and now he is in a position to do great things for the kingdom.

Notice in verse 16, the man who had received 5 talents, went and traded the same. He did not trade only a small portion of the talents. Nor did he trade most of the talents. No, he traded or put to use all 5 of the talents. For this, His Lord calls him “good and faithful”. When will revival come to a church? When will growth begin to happen? What is the magnetic that will take place that will cause our church to grow? According to this parable that Jesus Himself told, it will not happen until a Pastor has caused every single member of the local church to become invested. Not a single person was left sitting on a pew in these men’s churches. They all had the understanding that they were to work for God. They had found a ministry in the church. They had found a work to do for the kingdom. People with little value to the Kingdom were given the opportunity to do great things, and increase came as a result of it. All 5 talents came back with increase.

But how do you cause someone to get involved if they don’t want to? You preach to them until they do. These are usually people who have given up on the idea that they too have a gift or talent to offer for the kingdom. How do you cause someone who has very little to offer by way of personal ministry to become fruitful? You teach them and train them to become fruitful. You help them find their talent. You take them by the hand and show them how. You forgive them of their worldliness as Jesus did Peter and offer them faith and trust. You give them opportunity to succeed. And when they do, you celebrate their success and send them out again to do something greater. You constantly challenge them to do more and by doing so, you invest them into the Kingdom which pays great dividends.

I have noticed in Pentecost that there seems to be a fear in some Pastors that keeps them from developing people and ministers in their church. The fear is that if we bring them up too much, they will leave and go off on their own. This is a very dangerous mind set as it is one that promotes our own kingdom and not God’s Kingdom.

As humans we often become self destructive in an attempt to hold onto something God intends for us to enjoy the use of or to give away. For example, a man who gets out and enjoys his good health will probably be a healthier person because of his attitude and use of his good health. A person who is fearful he will lose his money will not invest his money in places which might give to him great gain. So he hides it only to allow inflation to diminish the value of what he has. And a Pastor who sits on people to keep them from increasing their personal value to the kingdom will lose them to bitterness or complacency. If they stay in the church, they will become useless as the attitudes they develop will become destructive to the body and valueless to the work of the Kingdom.

We all know the best witnesses are new converts. Why is that? Why do they bring all the visitors? Why are they the ones telling everyone about Jesus? And more importantly why are the people who have been around a while, involved very little if at all? Frankly, they have been buried. They started out all excited, but their zeal was quenched by a ministry which did not have room for or a way to develop that New Convert Zeal.

Anthony Tamel pastors Parkway Apostolic Church in Oak Creek, Wisconsin. He told me once that he gets excited when he sees a visitor walk into his church. He said, “I look at that visitor and say to myself, Yes, they are going to be a great small group leader.” Many of us would not look at the potential in that person until they’ve attended our church for the first year, but he sees that potential the moment they walk into the doors of the church. Is it any wonder his church is a growing revival church?

We all want revival for our churches. We are all looking in every direction trying to find the program or ministry which will cause it to happen. But no program or ministry will have a lasting and definite impact until we begin to trust and enable all the people God has given us to do the work of the ministry.